The Leader and the Legend

Eddie was born on August 19, 1926 in Williams, Oklahoma. He was the first born child of Ward and Natha O'Brien. The family came to Pontiac, Michigan in 1937, and settled in a modest house at 75 Hamilton Street. Eddie was enrolled in the Pontiac School System, attending Wisner Elementary, Lincoln Junior High, and Pontiac High schools. Julie O'Brien recalled that Eddie's high school years were interrupted at the age of 18, when he enlisted into the United States Army to serve in World War II. He served as a U.S. Army Military Policeman, and was stationed in the U.S. and later in the Phillipine Islands (at Leyte and Cebu) until his honorable discharge from the service. He earned the rank of corporal.

Upon his return to the United States, Eddie completed high school and then applied for college. Initially attending Michigan State University, he transferred to the Detroit Institute of Technology to be closer to 扑克王app官方home. He commuted from Pontiac to Detroit each day for classes, mostly by bus. He graduated from DIT with a Bachelor's Degree in Civil Engineering in June, 1950. Shortly thereafter, he had the harrowing brush with death on his new job as an Inspector for the Detroit Water Board.

On a fateful day back in 1950, the world almost lost Eddie at a young age. Fresh out of college as a newly-minted civil engineer, Eddie was working his first job as an Inspector for the old Detroit Water Board. He had been assigned to work the second shift, inspecting the water tunnel that was being constructed 95 feet under Mt. Olivet Cemetery. The date was November 20, 1950. Eddie completed his shift in the tunnel and was relieved by the third shift inspector. Shortly thereafter, with Eddie safely on his way back 扑克王app官方home, a terrible explosion rocked the tunnel. A pocket of natural gas was somehow ignited. The old Detroit Times newspaper devoted extensive front page coverage to the disaster that severely injured several sandhogs and one Detroit Water Board Inspector who were working in the tunnel at the time. Eddie, in later life, often recalled how close he came to death 95 feet under Mount Olivet Cemetery.

Other construction jobs followed. In 1956-1957, he worked for the old J.A. Utley Company, and then moved on to work for the Perron Company. In 1962, he and a partner Richard Featherstone, established the Waterford Construction Company, specializing in industrial, commercial and institutional projects. The company opened its first office on M-59 in Waterford, Michigan, and was located there for 21 years.

In 1983, Eddie moved his company to the majestic Pontiac State Bank Building in Pontiac, Michigan. A few years later his offices were relocated in the landmark Riker Building. Eddie passed away on December 3, 1993 from complications following heart surgery at the University of Michigan Hospital in Ann Arbor, Michigan. 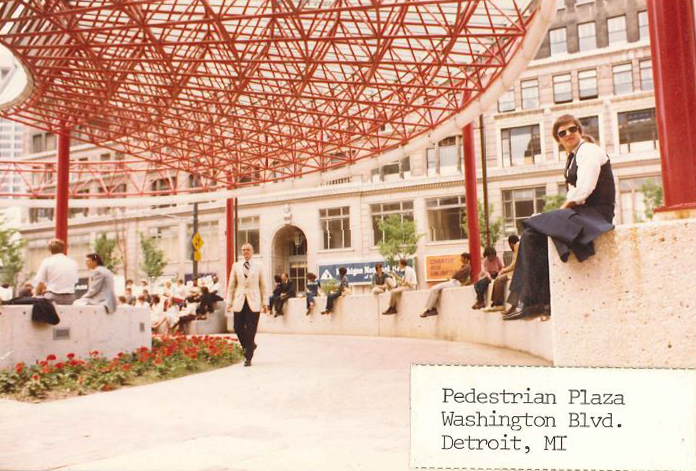 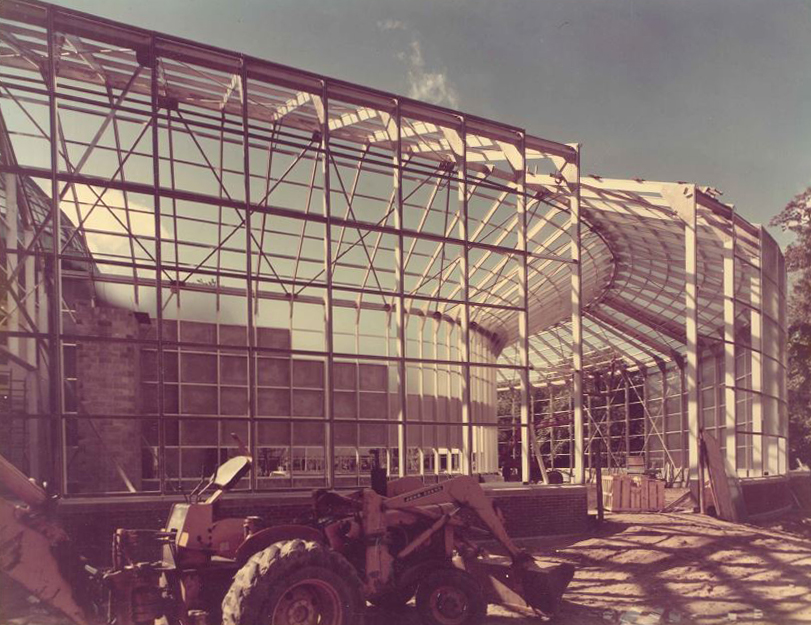 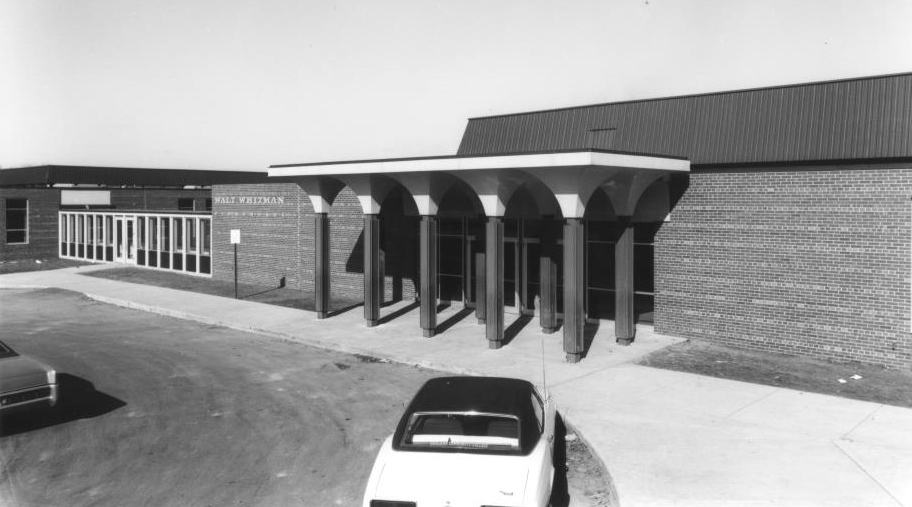 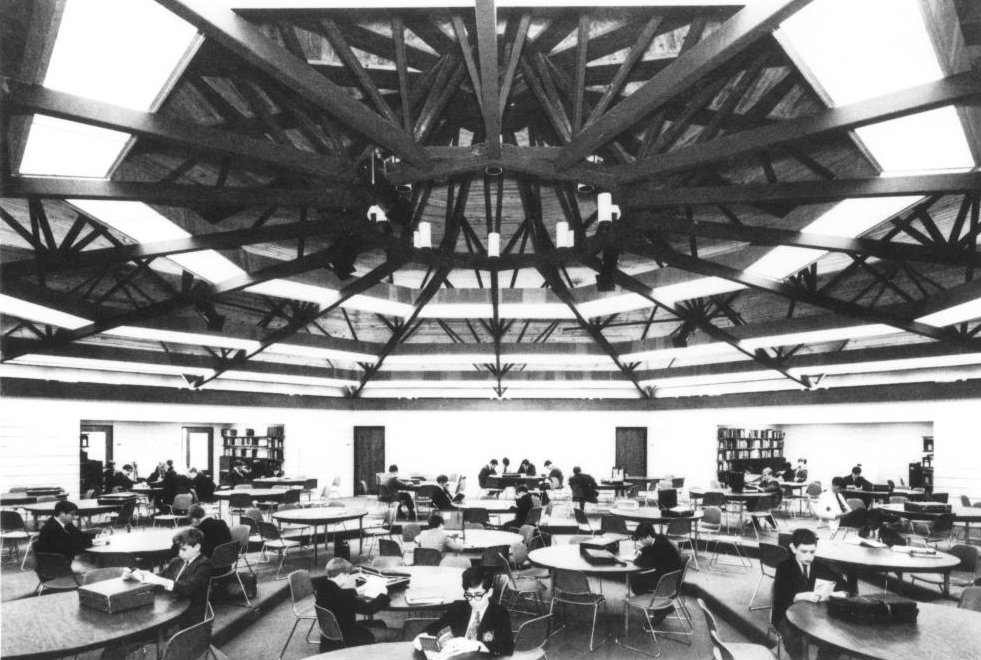 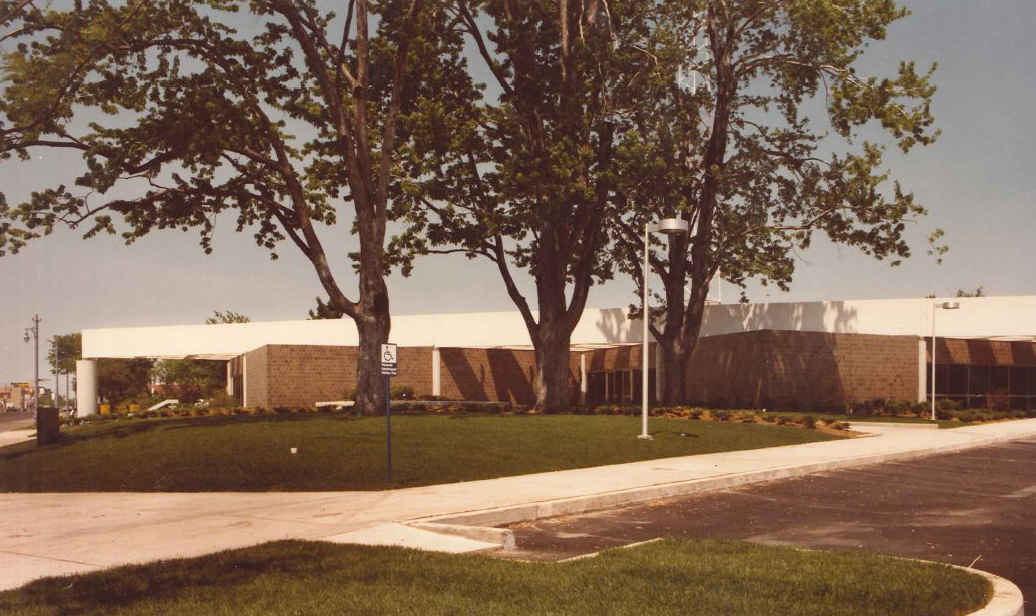 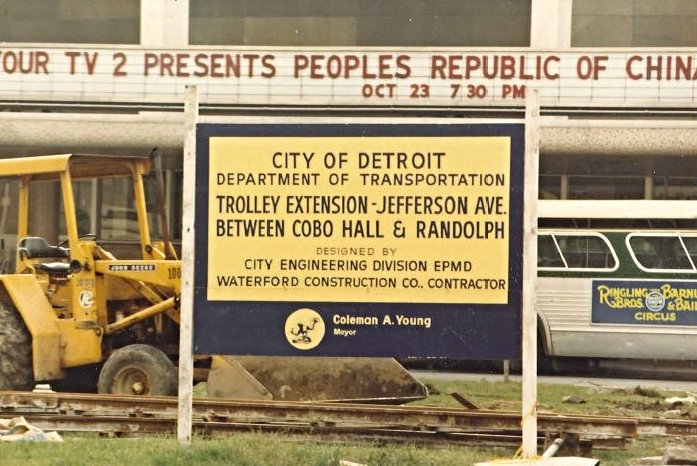 Eddie O'Brien was a licensed engineer and believed in the unique benefits of a contracting firm owned and operated by licensed engineers. His innovative ability to apply value engineering to over-budget projects breathed new life into many projects that would have otherwise been abandoned.  Eddie was committed to the best interest of his clients and took a teamwork approach to each job while delivering quality results. The scope of the company’s early work included both the usual and the unique. O’Brien built and renovated schools, office buildings, and many municipal sites. The company also built the Washington Boulevard Trolley Line in Detroit, as well as the Detroit Zoo’s Aviary House which was awarded the prestigious American Institute of Architects Award for Outstanding Design and Construction.

More than 50 years after its inception, O'Brien Construction Company continues to offer a diverse selection of services. As markets and trends have shifted over the decades, our privately owned construction firm has expanded both its geographical reach and its expertise. Although multifamily housing and mixed use projects have dominated O'Brien's portfolio in recent years, the company has delivered projects in virtually all markets including education, municipal, community development, religious, historic and renovations. Our wide assortment of clients has included General Motors, AT&T, US Department of HUD, US Postal Service, Corp of Engineers, Walgreens and numerous Southeast Michigan Cities, Townships, School Districts and Universities. In recent years, we are proud to have added such respected Community Development Corporations as Southwest Housing Solutions, CSI Support & Development Services, Community Housing Network, Volunteers of America Housing Services, Norstar Development Corporation USA, Presbyterian Villages of Michigan, U-SNAP-BAC, Detroit Catholic Pastoral Alliance and Messiah Housing to our list of clients.  We have gained an excellent reputation among these and other clients for high quality work, meeting budgets, and completing projects as scheduled. By continuing Eddie O'Brien's legacy of a teamwork approach and placing the highest priority on building quality relationships with our clients, repeat business has become the foundation of our firm.

Originally named Waterford Construction Company, Eddie O'Brien founded the firm in 1962 with a small office and just a few tradesmen in the field. The initial company name reflected its earliest base of operations in Waterford Township, Michigan. The fledgling business grew steadily and, in 1982, we relocated the headquarters to a larger facility in Pontiac and the family name was added. "Waterford Construction" became "O’Brien Waterford Construction" and proudly provided service under this title for another 20 years. In 2006, “Waterford” was removed from the corporate name to give us our present name of "O’Brien Construction Company, Inc". The change was made to more accurately reflect the progress and direction of the company which had grown to serve all of Detroit, Southeast Michigan, and beyond. 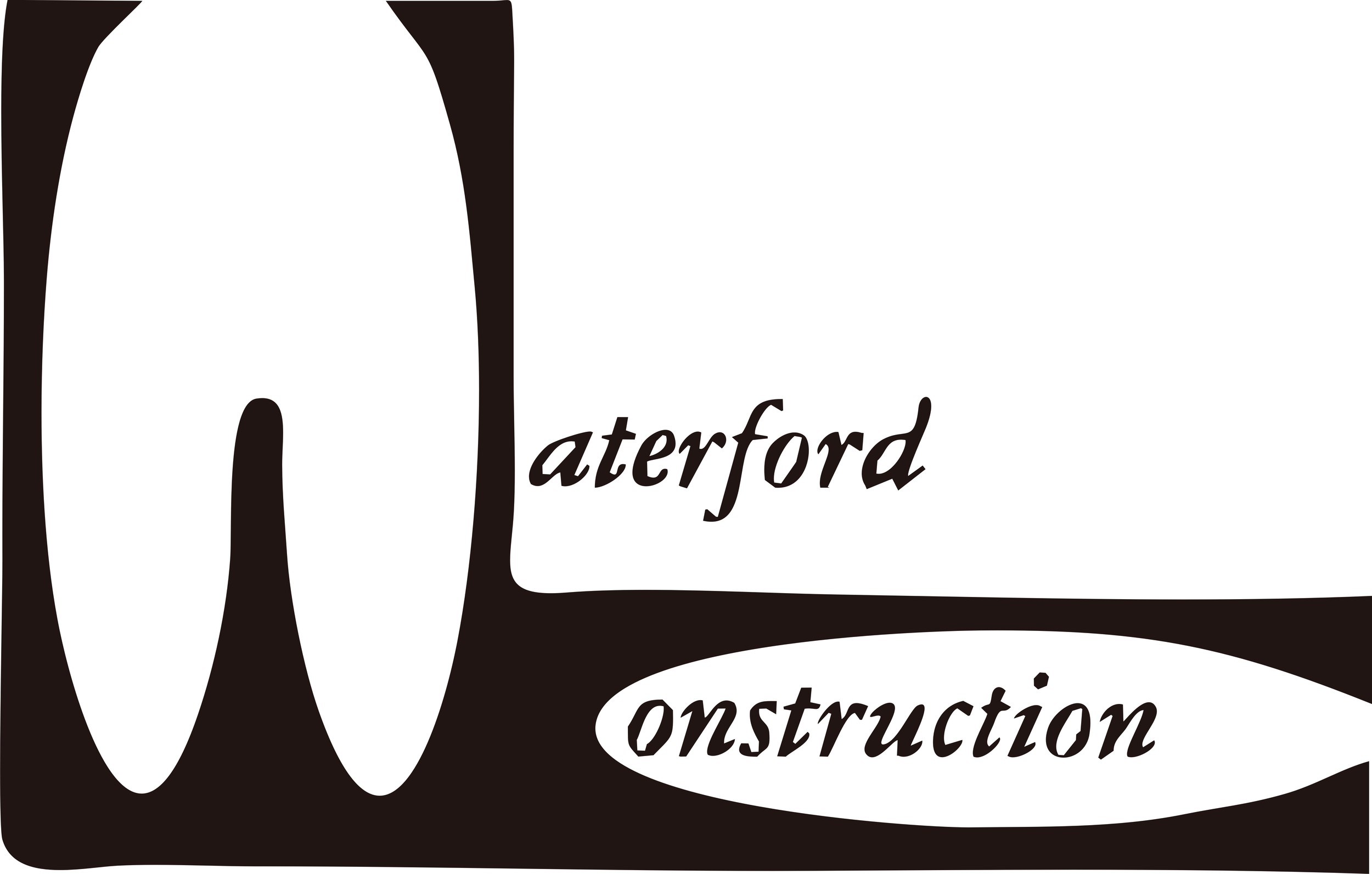 In 2012, O'Brien Construction Company celebrated its 50th Anniversary by constructing a new, award-winning, super energy-efficient headquarters in Troy, Michigan. O’Brien Construction’s name has changed a few times, but the same personal service on which Eddie O’Brien built the business in 1962 is still the core of our company today.

The President and the Present

Today, Timothy O'Brien, son of company founder Eddie O'Brien, serves as President of O'Brien Construction. Tim, who holds a Bachelor of Science in Construction Engineering, began working for the company in 1976 as a laborer and carpenter. Sweeping floors, doing jobsite cleanup, and swinging a hammer were regular parts of Tim's day during those early years. As he applied himself, Tim worked his way up through the company, operating in the roles of Estimator, Project Manager and Vice President before becoming O'Brien Construction's President in 1995.

Registered as both a Professional Engineer and Licensed Builder in the State of Michigan, Tim's commitment to excellence, integrity, and an unwavering work ethic sets the standard for the entire O'Brien Team. His first-hand experience in all facets of construction and extensive knowledge of the industry have stimulated record growth and success for O'Brien Construction, even amidst an unstable economy. Under his leadership, the firm serves a historically large and varied list of clients while maintaining our commitment to quality relationships built on mutual trust and respect. Committed to giving back, Tim fosters an atmosphere which encourages the entire O'Brien Construction team to enhance the quality of our communities, both in the field and in daily life. 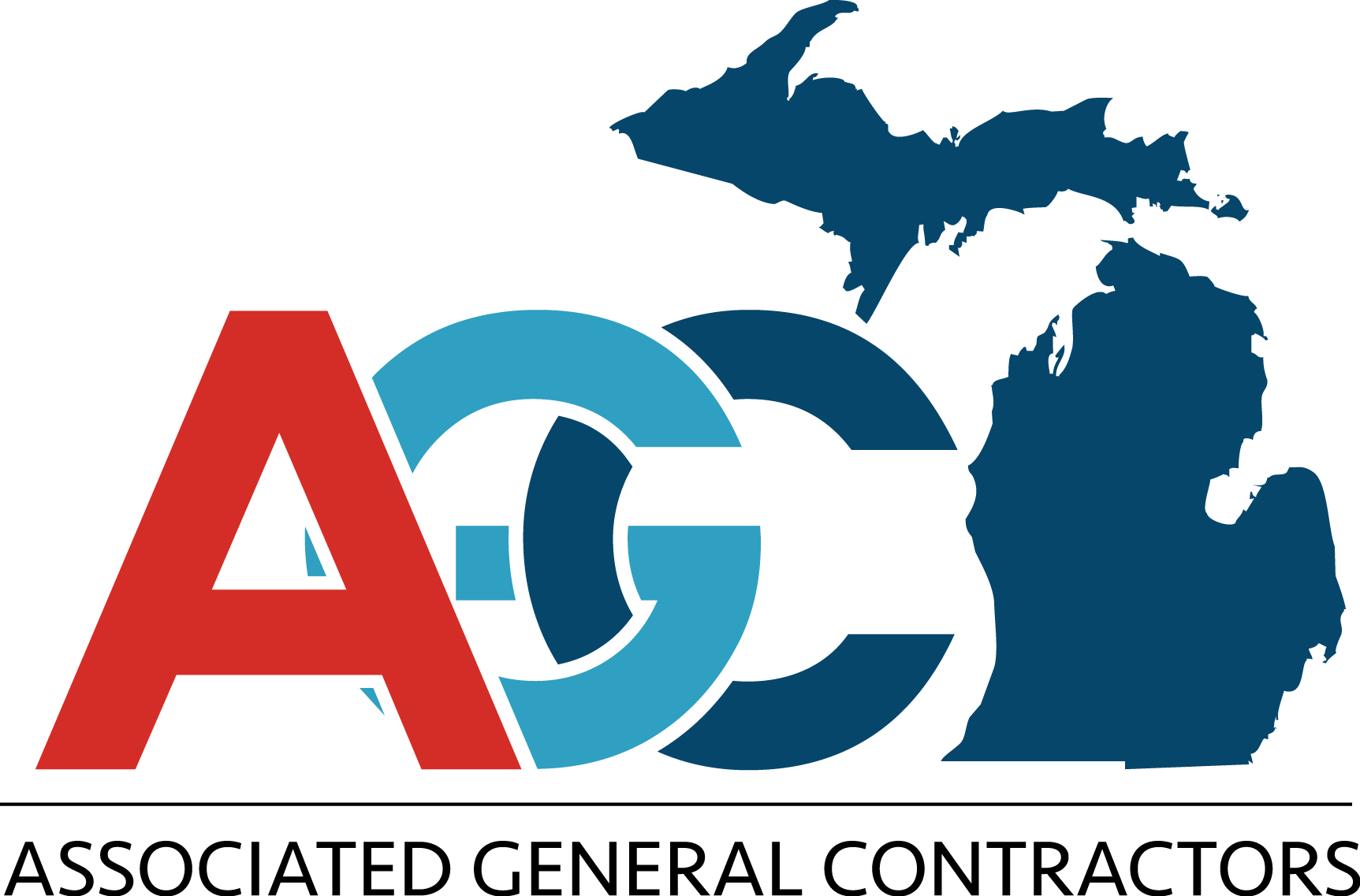 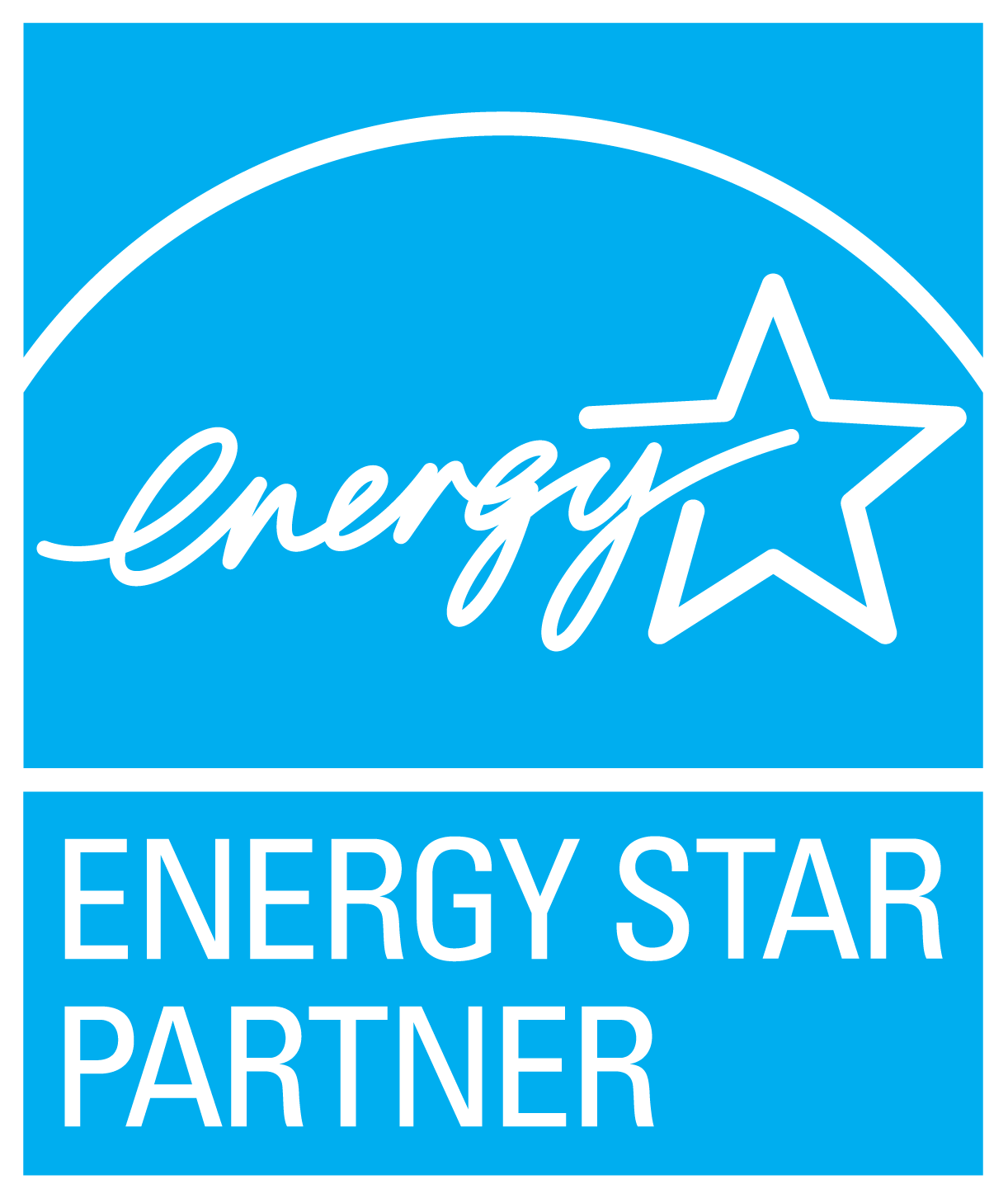